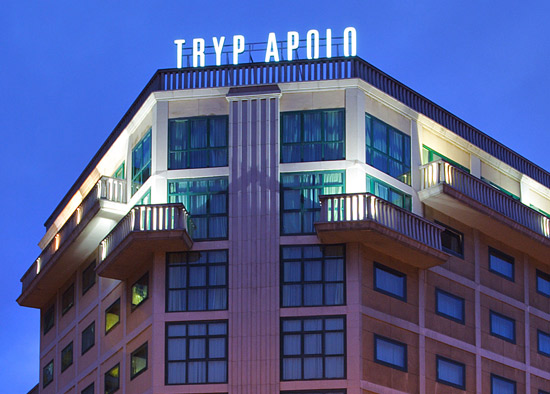 Destination will be on the left Barcelona is the capital city of the autonomous community of Catalonia in Spain and the country's 2nd largest city; it has a population of 1.6 million. It is the sixth-most populous urban area in the European Union after Paris, Madrid, London and Milan. About five million people live in the Barcelona metropolitan area. It is the largest metropolis on the Mediterranean Sea, located on the coast between the mouths of the rivers Llobregat and Besòs, and bounded to the west by the Serra de Collserola mountain range.

The city is known for hosting world-class conferences and expositions and also many international sport tournaments. Barcelona is one of the world's leading tourist, economic, trade fair and cultural-sports centres, and its influence in commerce, education, entertainment, media, fashion, science, and the arts all contribute to its status as one of the world's major global cities. In 2009 the city was ranked Europe's third and one of the worlds most successful as a city brand. Barcelona is a transport hub with the Port of Barcelona being one of Europe's principal seaports and busiest European passenger port, an international airport, Barcelona–El Prat Airport, which handles above 35 million passengers per year, an extensive motorway network and a high-speed rail line with a link to France and the rest of Europe. Tibidabo, offers striking views over the city and is topped by the 288.4 m Torre de Collserola, a telecommunications tower that is visible from most of the city.

Barcelona is peppered with small hills, most of them urbanised that gave their name to the neighbourhoods built upon them, such as Carmel, Putxet and Rovira. The escarpment of Montjuïc , situated to the southeast, overlooks the harbour and is topped by Montjuïc castle, a fortress built in the 17–18th centuries to control the city as a replacement for the Ciutadella. Today, the fortress is a museum and Montjuïc is home to several sporting and cultural venues, as well as Barcelona's biggest park and gardens.